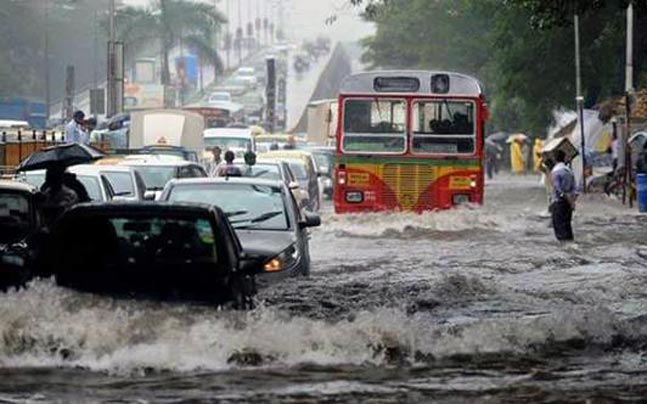 In my previous organization we conducted many corporate workshops every month, which kept us travelling all over the country quite often. While conducting a Great Workshop was a mus

t for us, preparing and planning for the event was equally important. So when we planned and designed the main activities for any workshop, we also made something called “A Wet Weather Plan”. It is a contingency plan if things don’t go our original planned way. For instance if it rains heavily then definitely the outdoor activities are not possible, so we planned actively for an alternative arrangement. The term ‘Wet Weather Plan’ came to us from our Singapore Headquarter, since it pours quite frequently there so planning an alternate for Rain is must there. However for us in India it was more of a replacement term for a contingency planning.

With more than 3 years of Adventure Learning experience, we had realized the importance of the ‘Wet Weather Planning’. It is believed that one constant law, which always works in our industry, is the Murphy’s Law – “Anything that can go wrong, will go wrong”. So if you are not prepared for the unknown, it will certainly kill you. Rather I believe that a ‘Wet Weather Plan’ is necessary for almost all important things and events in our lives. A recent incident challenged us to the edge; our whole team was affected in someway in the sequence of events, which happened in 12 Hours. It’s imperative to share the story here…

It was just another workshop in Mumbai on 3rd September 2012; rather there were 2 workshops on the same day. One was a team-building workshop and another was negotiation skills workshop. But they were not at the same location; rather they were at 2 corners of the Business capital of India. So 4 of us started in the same flight from Delhi in morning and split in 2 groups, Me, Vishnu & Gopi headed for Team-building and Varun left for the Negotiation one. I was doing the team building with one fellow facilitator and one instructor at the client office quite near the Airport. Everything was going just according to the plan, since all the activities were indoors, we were not too much concerned about the weather outside. However I noticed that it was pouring outside constantly, rather all the 3 – 4 times I got an opportunity to peep outside the window, all what I saw is a constant heavy rainfall. Though we were completely occupied in the workshop, we never sensed what’s waiting for us. Well our workshop went great; we had a high-energy close and got lot of compliments from the client.

We packed up and came out of the conference room to head towards the airport. The plan was for me and Vishnu to come back to Delhi in 8.15 pm Flight for an Innovation workshop on the next Day and the remaining 2, Varun and Gopi to catch the 9.10 pm flight to head towards Chennai for a Senior Leadership workshop. The moment we stepped out of the conference building we faced the reality, it was Mumbai and it was raining non-stop for almost 12 hours now.

So the complete town was almost on a freeze due to the waterlogging. What was only visible on the road from the lobby of the building was a traffic jam, which was not moving an inch. A sudden thought of the Rainfall Flooding of 2005 came to our mind, when torrential rains submerged the city for 24 hours killing around 5000 people. We had no idea what we are getting into; it was a situation of panic all around. People were stranded wherever they were; the Office lobby was a crowded place where everybody was trying to find a way to go home. To add to our horror we came to know that our cab didn’t turn up, looking at the traffic situation the cab driver completely gave up and informed us that he will not be able to make it to the pick up point before our flights, so we should do some alternate arrangement. But what should we do now? we called almost all Radio Taxis we know of but all turned down our request. Never felt so helpless and dependent on weather. However Varun got a cab from the other end of town but was almost certain that he will not be able to reach to the airport on time. Most horrifying was the thought of missing on the commitment of the workshops the next day. It was already 7.00 pm and me and my colleague Vishnu needed to get to the Airport latest by 7.30 to catch the Flight to Delhi. We 3 did a quick huddle to see what all we can do now for Delhi Workshop. One thought was that our colleague Sasi, who was the only person left in Delhi would do the Workshop alone the next day. However the format of our workshops makes it quite difficult for a single person to do it. We needed minimum of 2 Facilitators for an Innovation workshop. Then all of a sudden Vishnu took a wild call, to leave the entire luggage behind and try to reach Airport somehow. We agreed on it, and he rushed to get some transport to the Airport. He almost sprinted to a nearby Express Highway and incidentally met a workshop participant with a motorbike, hitchhiked to the Airport. To our delight the Flight was around 10 minutes late and Vishnu just made it on time. To our relief he got the boarding pass, though completely drenched. Here me and Gopi were still struggling to get some taxi or any alternative to reach airport for the Chennai Flight. I finally saw a small taxi waiting by the roadside with a passenger inside. It was a lady waiting for her next pickup by a friend, I requested her to wait in the office lobby, as we urgently need to get to the airport. She got convinced and we finally got a taxi to squeeze our luggage and ourselves inside somehow. Still the Murphy’s Law was at work and by the time we all reached Airport, it was too late for the Chennai Flight.

We shared the situation with the Airline and luckily we got reservation in the next 6.00 am morning Flight. I got a 11.00 am Flight to Delhi as well. So we headed for a nearby transit hotel to get some dinner and sleep after the long day with a wish that everything will be fine now. 2 Facilitators will take care of Delhi and 2 will take care of Chennai workshop. We had a good dinner and retired to bed to get up at 4.00 am in morning to reach airport by 4.30 am. We ensured this time to book a cab for airport drop in advance.

Well, the story is not over yet, next surprise came on the morning at 5.30 am when I got up hearing some sudden noise. It was Varun standing in front of my bed looking completely devastated and Gopi sitting upright on the bed almost frozen as somebody has asked him to turn ‘Statue’. I immediately realized the horror – that they were supposed to leave by 4.30 for the flight and it was already 5.30 am. Varun told me that the phone alarm never rang or never got heard. Whatever it was, our hotel room instantly turned into a war zone.

They had missed the flight AGAIN!

This time it was SLEEP not rain.

I jumped out of my bed to reach my laptop to see what is the available flight now. Varun was packing everything in panic and I saw Gopi still sitting in the same freeze frame as if he has seen a dead elephant on his bed. I almost screamed at him to get ready instantly, thankfully he heard me and came out of his frame.

Fortunately there was a flight at 7.00 am and they had precisely 18 minutes to reach airport to purchase the tickets and get a boarding pass. They ran for the cab and I was praying for us to get this flight at least. How could we not even get back to client this time to tell that we missed the flight Again.

Though our hotel was just 10 min drive from airport, but we were still too paranoid after last evening’s experience. After 12 minutes I got a call from Gopi that they have reached Airport and got the tickets.

Ohh what a relief, but then Gopi suddenly screamed..

”Sir, I left the camera bag in the hotel itself…!”

Now this was bad, as our workshop is incomplete without a still camera and a video camera. It’s a critical equipment.

This started a new chase, without wasting a second I jumped from my bed, picked the bag and rushed to the parking in my pajamas.

Got a cab and in next 10 minutes reached the Airport, just before my friend’s name was getting announced for departure.

In the evening on 4th, I was desperately waiting to get some news of the workshops. To our delight, both workshops were a hit and participants loved it, specially the Chennai One. We believed that with Murphy’s Law acting all around us there is some ‘Guardian Angel’, which takes care of the worse to happen, or maybe it’s destiny’s Wet Weather Plan.